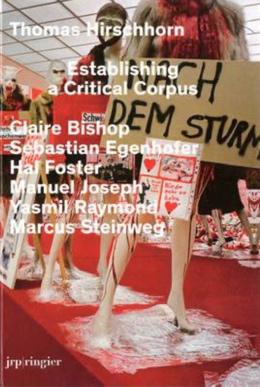 Hirschhorn is one of the main artists that deals since the beginning of his career as artist with the importance of the other. For that he have built a corpus of work where in different ways he tries to explore the critical corpus that he wants to develop with the collaboration of different kind of people: from philosophers, art historians but also with anonym people that collaborates with him several times in the three different forms that he developed for working with/in public space (even if he said that for him there’s no difference between spaces, public or institutional or even private, he works the same way). This is an important book that reflects on this by the head of important authors of the arts territory.